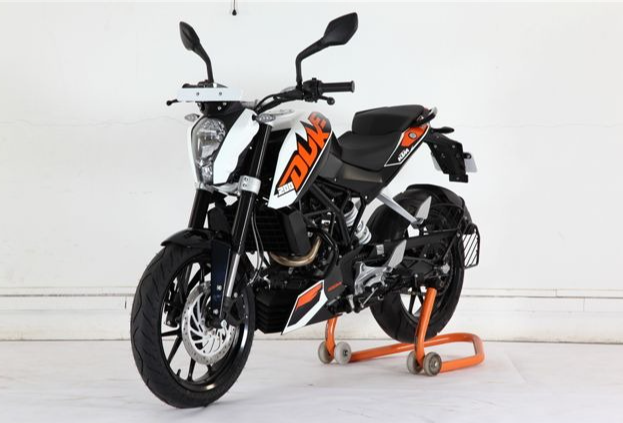 To all the KTM Fans, It is one of the best motorbikes owned there are many reasons behind it which represents that the Duke 200 has to offer. This is My Experience with the Duke 200 2015 Model. It has everything which a beginner rider needs and all the power too. KTM Duke 200 being a Naked or Streetfighter has the best of the best engines available in the market. I will share my journey with the KTM 200 which owned and it was magnificent.

Later in 2015, I bought a duke 200 which was not equipped with ABS but the raw engine punch which was so crazy and mind boggling it always made me left mesmerized.

Lets understand why I choose how duke?

These were my specific reasons the get and yes it created an impact!

Performance – I will not bore you with the Specifications because you all know it. I will share the information which is that the motor was raw, refined and better. Duke 200’s best part was the gear ratios which were short and very effective, while riding on corners it had a major impact which the stability and go on power. All the gears are short which directly affects the riding ergonomics.

Design – The Duke 200 depicted the SuperDuke as the headlight goes. Motorbike had curves on the tank and seating position was fine too but the seats were very hard which was bad for our butt and bumps.

Conclusion – You should buy one if you are seeking to ride and make sure that you learn it well on streets as well as on highway. If you are thinking of touring on duke it is little uncomfortable after 200 kms. You need to take halts after every 200 kms because the riding position is street inspired not touring oriented, Hence it’s dicey for that but adding an aftermarket seat would be a better option and average tourer too. Get it experience it! The motorbike is fine.